Congratulations to Kevin Purcell on being named SHL Player of the year!  Purcell was also named to the all SHL team along with Nicholas Braun, Even MacEwen and Ben Moro.

Congratulations to all Loyola players that have been named to SHL All-Academic Team.

Loyola Academy Hockey is proud of all your accomplishments! Keep up your hard work! 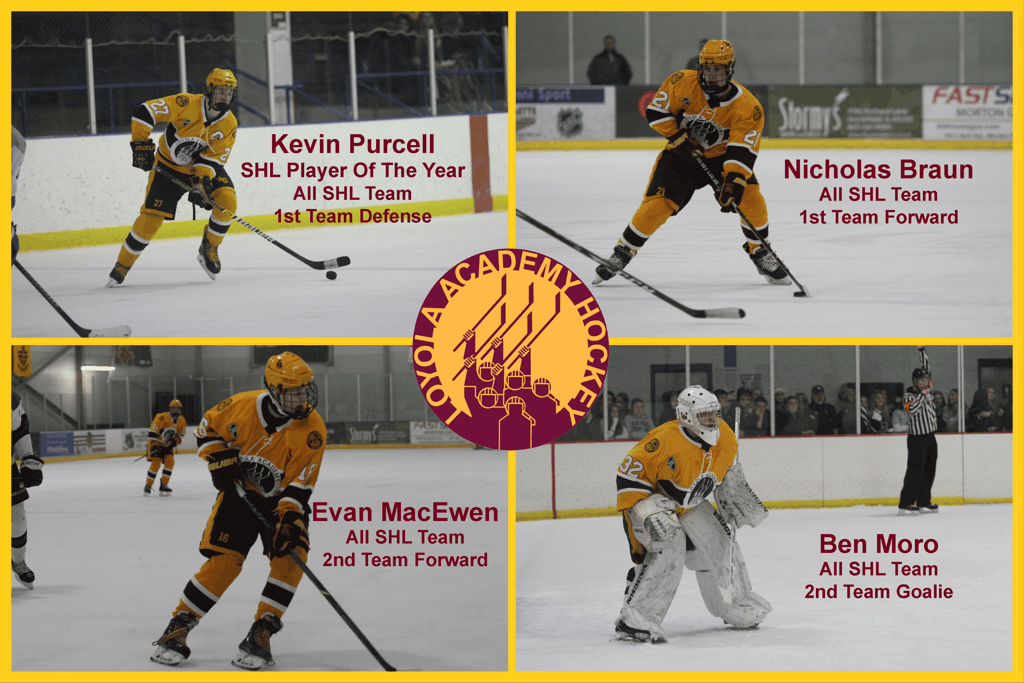